"I would like all the officers responsible for the result to be specially commended and these observations conveyed to the Chief Constable"   Judge Hugh Park, after Kiszko's conviction.

Who are we?  In prison, Kiszko was repeatedly, brutally attacked by other inmates because he was a sex offender.  Perhaps they are simply more naked in their impulses, but it is striking that they didn't see themselves all that differently from judges and juries, really.

I stopped tracking individual stories of wrongful convictions years ago.  Why?  There were too many to keep up with.

The enthusiasm with which many citizens continue to advocate for capital punishment, longer sentences, harsher penalties, is testimony to our insatiable desire to seem righteous and our unbridled faith in the police to solve cases and arrest the right person.

We will be ferocious and hateful, if necessary, to defend our sense of righteousness.  We will tolerate any amount of abuse and torture to provide ourselves the chimera of safety and security.

It should be the policy of the national parole board from now on to disregard the issue of innocence or guilt once a prisoner approaches the end of his sentence-- so we don't get caught in these catch-22's anymore, in which a prisoner will not be paroled because he won't admit he is guilty.  What's the big deal?  He has almost served his sentence.   Why do we insist he now validate the judgment and righteousness of the prosecution?

Well, it's obvious why, and it's wrong. 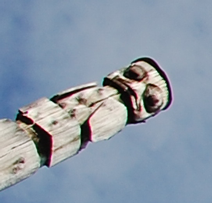 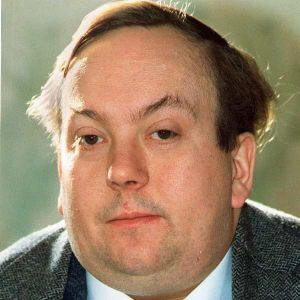 "I started to tell these lies and they seemed to please them and the pressure was off as far as I was concerned. I thought if I admitted what I did to the police they would check out what I had said, find it untrue and would then let me go"  Stefan Kiszko

Thank God-- only in the U.S. could we still have the drama of an execution of an innocent man -- every other civilized country does not practice capital punishment.  Still, for Kiszko, given his idiosyncrasies, it might as  well have been a death sentence.  Maybe it was worse.*)

There is something about Stefan Kiszko's story, among many, many stories of wrongful convictions, that is especially poignant.

The bare bones:  on October 5, 1975, Lesley Susan Molseed, an 11-year-old girl from Manchester, England, was murdered on Rishworth Moor.  She was not sexually assaulted but her assailant masturbated over her body.

(I don't even know what a Rishworth Moor is but it sounds dark enough, and drab and dreary.)

The police needed a suspect.

They never choose a well-spoken, middle-class, white professional who knows how to get a good lawyer for these things.  Virtually never.  (An exception.)

Enter Stefan Kiszko, 26 years old, a Ukrainian  immigrant, with a few strange habits.  He happened to live nearby and awaited disaster.  Kiszko lived with his mother and compulsively wrote down license numbers of cars that annoyed him.  One of these license numbers matched the number on a car seen driving in the area in which the body was found.

Kizsko suffered from anemia and other medical complications.

He initially came to the attention of the authorities when three teenaged girls went to the police and claimed that Stefan Kiszko had exposed himself to them.  The police picked him up and questioned him and quickly formed the opinion that this was just the kind of suspect they were looking for in the unsolved Lesley Molseed case.  Take that as you will.  Then they found the license number in his notes-- case closed.

As always-- and, as usual, without consequence-- the police broke the rules.  They questioned him without advising him that he could have a lawyer present.  They did not inform him that he was a suspect in the Lesley Molseed murder.  They denied his request for his mother to be present.  They bullied and cajoled and intimidated and harassed him for hour after hour after hour and then they told him he could go home if he would only sign the confession.   According to the Guardian Newspaper, Kiszko had the emotional and mental age of 12.

A smart police officer--- well, let's say, a conscientious police officer-- would have realized that Kiszko was vulnerable and easily led and might have looked for something in the confession that provided independent collaboration of the story.  A detail that would have been unknown to anyone but the perpetrator.  No such luck.  I don't know if they even thought of it, but no such evidence was brought forward.

But that's not the "industry" of policing.  The "industry" of policing is the arrest and conviction of individuals blamed for specific crimes.  Whether or not the individual actually committed crime isn't always relevant to the "success" or goal of the industry.  People should understand that.  There is a reason why the police and prosecutors are so reluctant to give up on a prosecution even when there is overwhelming evidence of innocence.

As someone who is not in that  industry, I think about that a lot.  If I had been a cop, the first thing I would have wanted out of Kiszko, if he was going to confess, is something we didn't already know.  A type of knot.  A weapon.  An artifact.  The position of the hands on the body.  Anything.  I think I would have been troubled if there was nothing like that in his confession.

Maybe a cop thinks that no one would ever confess to a crime he did not commit.   [Be it noted that Albert DeSalvo-- the Boston Strangler-- "confessed", and allegedly provided the police with details "only the murderer could have known"; DNA testing proved that his confession was false.  One can only conclude that the information only the murderer could have known was probably actually provided to him by the police.]   I don't find it so unbelievable.  The psychological pressure on a suspect must be unbelievable.  It must be like someone constantly poking at you with a pointed stick, jabbing you again and again, stopping for a moment, then starting again just as you begin to relax.    And it will all end if you only please please please sign this piece of paper.

Kiszko was tried in July 1976.  As usual in cases of wrongful conviction, his lawyer appears to have been incompetent.  (Where's the Hollywood Movie about this lawyer?)  In fact, in express contradiction of Kiszko's wishes, his lawyer made a defense of "diminished responsibility".  He didn't do it, but if he had, he wasn't responsible.  Needless to say, this strategy undermined Kiszko's alibi (that he was with his aunt at the time, and then in a store).  His lawyer also failed to provide the court with evidence about Kiszko's medical condition (a condition which made it unlikely he could have carried the body to where it was found) or, astonishingly, that his semen did not contain any sperm (sperm was found in the semen found on Lesley Molseed's body).

That last fact alone should have disqualified Kiszko from suspiciion.

The prosecution apparently knew these facts and failed to provide them to the defense, as they are required to do.

Philip Clegg, an attorney who assisted on the case, later admitted he had doubts about the confession and Kiszko's guilt at the time.  Bravo for you Clegg.

The jury must have respected the police an awful lot because they didn't see any flaws in the case and voted 10-2 for conviction (in Britain, the jury need not be unanimous).   Did they think the evidence looked thin but the police probably had stuff they couldn't show in court?

Awards, medals, and court  appointments for all concerned!

A life sentence for Kiszko.

"We can find no grounds whatsoever to condemn the jury's verdict of murder as in any way unsafe or unsatisfactory".   Lord Justice Bridge, on appeal.

After five years in prison, and innumerable threats from other prisoners, and several vicious beatings, Kiszko began to show signs of mental deterioration and schizophrenia.

Until he was pretty much destroyed as a human being.

Around 1987, a gentleman named Campbell Malone took an interest in the case, at Kiszko's mother's urging, and began to examine the evidence.   It seems to take a long, long time to "examine evidence".  Years continue to go by.   Kiszko sits deteriorating in prison and years and years go by.

It didn't take all that much work, really.  With the help of a private detective, -- why do years go by??-- Campbell Malone was able to determine that strong alibis existed for Kiszko, that he was incapable of leaving sperm on the crime scene, and, most astonishingly, the three girls who saw him exposing himself had lied.

The Yorkshire Police and the forensic scientists involved in the conviction never apologized.  Judge Lane apologized but didn't think he'd do anything differently the next time.

In November 1992, Kiszko, emotionally and psychologically destroyed went home.  He became a recluse.  He was promised 500,000 pounds compensation but never received it.   One year later, he died of a massive heart attack

In one of the few acts of true grace in this sad, sad story--as all the police and prosecutors blamed each other and insisted they were all good and wise and just-- Lesley Susan Molseed's sister had the remarkable good grace to attend Kiszko's funeral in acknowledgement of his innocence: Kiszko, it turns out, was just another victim.

I am so pleased that today we have finally put things right." Police Superintendent Max Maclean.

And that is quite possibly the most obscene statement of all.  "We have finally put things right".  Police Superintendent Max Maclean, you are a fucking liar.

No, you haven't.  You never will.  It's simply not possible anymore.

Not until the little girls have had all their laughs.

* In the U.S., assuming Kiszko had been executed-- a likely event-- , no one would ever have found out he was innocent because no court action can be brought on behalf of a deceased prisoner.