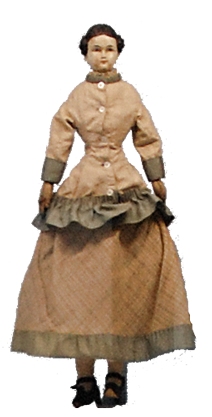 "I see no evidence for psychotic thought progresses either present or underlying, no evidence for hallucinations or delusions.  He does not reveal evidence for serious psychoneurotic disorder with poor self control.  He does not show evidence for a longstanding characterological disorder or a sociopathic personality disorder with acting out processes.  He denies the use of drugs of any type, which could have stimulated an acute toxic psychotic state, resulting in loss of control and explosive violence."  Dr. Robert Sadoff quoted in Errol Morris's A Wilderness of Errors in regard to Dr. Jeffrey MacDonald, who was later convicted of murdering his wife and two young daughters in Fort Bragg, North Carolina, February 17th, 1970.

That statement should be disturbing to all of us.

Firstly, if you believe that Dr. Jeffrey MacDonald murdered his wife and two daughters on February 17, 1970, then you have an allegedly reputable psychiatrist, Dr. Robert Sadoff, offering a ridiculously inept misdiagnosis of a violent psychotic killer, a man who stabbed his own daughter with an ice pick and battered his wife's head with a club of some kind and stabbed her 21 times with the same ice pick and then devised some preposterous story about drug-crazed hippies conducting a Manson-like slaughter in his home to tell the military police investigators.

No symptoms of any "characterological" disorder, according to Dr. Sadoff.

But if you believe MacDonald was railroaded, Dr. Sadoff's comments are no less disturbing.  Are you blown away by his scintillating use of pseudo-scientific jargon?  Just what is a "characterological disorder"?  Is this something you can measure or calculate based on anything other than a conversation?  A conversation which is an exchange of words which is judged by man with credentials and then presented to the public and the courts and the investigators as some kind of scientific conclusion?

Is there a necessity for the phrase "longstanding characterological disorder" or for the phrase "sociopathic personality disorder with acting out processes"?  What if Dr. Sadoff just said this:

"Dr. Jeffrey MacDonald seemed like a nice guy.  I liked him.  He didn't yell or get angry or threaten me in any way.  I thought he was swell."

Ah, you say.  No court would accept that as "expert" testimony.  It would have no authority, no cachet.  The attorney's would not nod their heads knowingly or consult their table of characterological disorders to see if all the criteria were met.

Dr. Sadoff would probably admit that he is not God.  He does not see into anyone's mind.  He does not have any special gift for un-encrypting the myriad complexities of nuance and suggestion and subtle inference and implication and allusion and random snatches of impulse and vocabularic irregularity (if he can make up words with dubious meanings, so can I).  He had a conversation with Jeffrey MacDonald.  He knows no more than any smart person could possibly know from a conversation with a suspected killer.  He merely knows how to produce psychology theatre and, unfortunately, many people are convinced that there is a secret script that be decoded by magical people with degrees and certificates.