And there was implied sex...

The language was also very offensive, and there was also implied sex. From a Christian point of view, I was very, very disappointed. My Ratings: [1½/3]
—Annie, age 21

From www.Christiananswers.net, a review of the film "The American President". 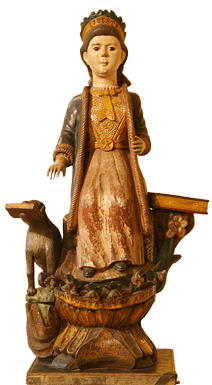 On "Book of Mormon" by Trey Parker and Matt Stone.

Some connected with the production have been monitoring the reaction of the Mormons, but so far, the church has put out one bland statement, and some Mormons who have seen the show told reporters they were pleasantly surprised. At least it doesn’t dwell on polygamy, they said, and its ribald humor seems braced by traditional values and affection for the Mormon characters. NY Times March 27, 2011

From Trey Parker and Matt Stone, the authors of "South Park"?  Well, yeah, I suspected as much.

You might think that the creators of an animated series that famously uses every expletive in the book and has an unhealthy fetish for excrement might be rather liberal on social, if not economic, issues.

But Stone and Parker's secret is that they believe that swearing really is transgressive, and that's why I think they think it's really so funny, and never stops being funny, to them, even after the 25,487th time.

I have no idea of why they thought "Team America: World Police" would be funny to anybody.  Sometimes people forget what happens when you parody something that is already a parody of itself, like Sean Penn, or Michelle Bachman, or Kim Jong Il.   You look clumsy and mean.   Which characteristics of Kim Jong Un are you going to exaggerate for comic effect?  That he actually believes that for all the ranting and raving from America he could count on America doing absolutely nothing to stop him, even as he starved his own people to death?  Because there is no oil under North Korea?  Let's make fun of him.  Let's have him try to get a nuclear bomb, knowing full well that only an insanely amoral and psychotic country would ever use one.

And the parodies of Hollywood liberals might have been funnier if Parker and Stone were not equally amusing as heartland redneck conservatives who know better than Hollywood liberals because, geez, Dick Cheney says these guys are really bad-- are you stupid or what?  Don't you know that there really are bad people out there? Don't you know that global warming is a hoax?

It's not that there isn't some amusement to be had at the expense of Hollywood liberals who believe that making a serious movie with Denzel Washington in it qualifies as enlightened or progressive. But it's not as funny as Stone and Parker think it is because the underlying progressive outlook doesn't look much worse than their own smug right-wing attitudes, as when they mocked Al Gore for believing that there was such a thing as "global warming".

It may well have been the worst, least interesting movie I saw that year. Why or why doesn't someone do a parody of the kind of humour that relies on bodily function jokes for a cheap laugh whenever they realize that their political or social commentary has become dull and lifeless?

In earlier South Park episodes, which were funny and original at times, a character would sometimes voice the moral of the story at the end in a  clever, self-mocking tone, as if Stone and Parker were just too cool to not be self-mocking.  I suspect they're not, really.