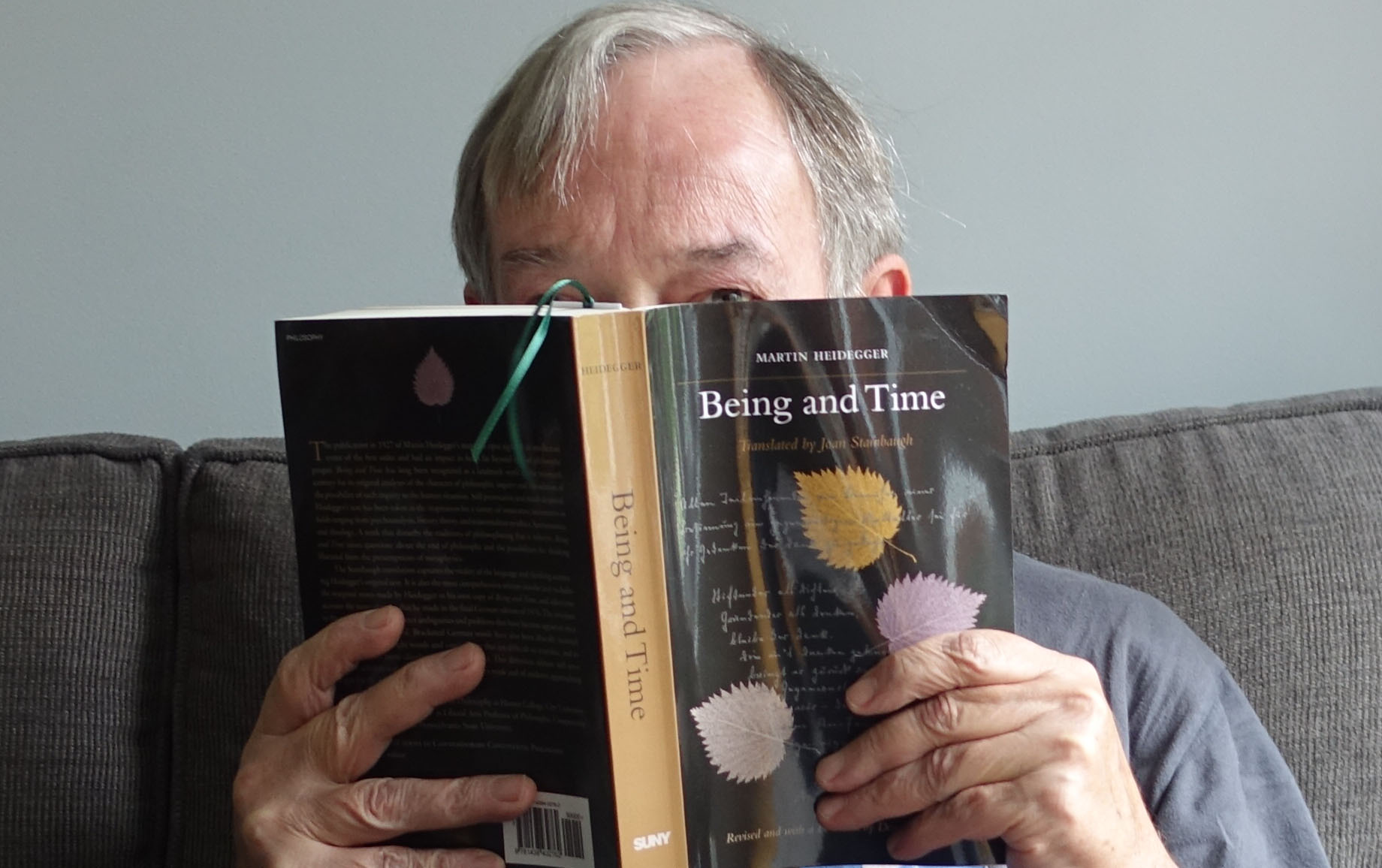 Premier Mike Harris has long made it his own particular virtue to proclaim that the provincial government will no longer support deadbeats. Get out there and find a job, says Mike. Stop sponging off the hard-working taxpayer. Pull yourself up by your bootstraps!

Well, let’s say you’re one of the uneducated poor and you do find a job. Maybe not a great job, but a job nonetheless. Maybe not even a full-time job. But at least you have a reason to get up early most mornings. Mike is happy. You’re no longer a deadbeat. Let’s say this job is half-time at minimum wage with no benefits and pays you all of about $550 a month. That’s $6,600 a year. Could you live off of $6,600 a year? Would you get up early every morning, get dressed, scrape the snow off your car— more likely, wait in the cold for a bus– and get yourself off to a job for $6,600 a year?

Until now, the provincial government realized that someone making only a little money would probably not have much left over for “luxuries” like prescription drugs or dental work. So the government, sensibly enough, has allowed these people to be eligible for a special drug, dental, and vision plan normally available only to welfare recipients. Now tell me: in your heart of hearts, does this sound unreasonable? Wouldn’t this person be more likely to improve his chances at a full-time job if he could at least take care of his teeth and replace his glasses once every two years? And if that’s all we do for the working poor, isn’t this, in fact, embarrassingly pathetic?

Well, it wasn’t pathetic enough for the Harris government. They are removing that benefit. They are also removing certain exemptions and changing other rules so that a jobless man living at home with his parents gets all of $52.00 a month to take care of all his needs. The Harris government is now also going to require that welfare recipients provide receipts for any rent they have paid. If they don’t or can’t, their welfare check gets slashed by $180. They will then receive a grand total of $195 a month basic allowance. That is $2,400 a year. How much did it cost you get through the last year? Do you feel wealthy? Most people spend about this much on movies and eating out.

Now if you really believe that we should be the kind of society that is merciless and heartless, don’t read any further. We have built this society that runs like a machine. We’re spinning right now at maximum rpm. To survive in our society, you have to keep up with a million details. You need the right education, the right clothes, the right haircut, the right forms, the right location, the right skills, the right connections, the right state of mind. Not everyone can hack it. It doesn’t surprise me that there are 30,000 people living on the streets of Toronto because they can’t keep up. So if we want to be merciless, we can say to them, “Tough. Go drop off the edge of the earth.” Or we can say, it’s a fact of life that not everybody can fit in.

It’s not a question of blame. It is true that some people abuse the system. It is also true that a lot of people pass around third-hand stories about people living the high life on welfare and unemployment insurance, double-dipping, and squandering all their money on cigarettes, lottery tickets, and booze. But there really are a lot of people out there who fall through the cracks simply because they don’t have the mental or emotional make-up to succeed in this hyper-world. So we toss them a pittance, maybe enough to eat semi-regularly, and we provide some shelters so they can sleep inside on the coldest winter nights.

The only hard research on this subject indicates that the real rate of abuse is very small, but everyone’s got a story and a lot of people are credulous. Life on welfare shouldn’t be too easy– after all, it’s not good for people to live in dependency anyway. But it’s one thing to have reasonable restrictions; it’s quite another to kick someone in the teeth when they’re already down. By steadily diminishing their access to assistance, we are pushing them into a state of desperation.

Some social workers don’t believe that the government is actually going to save much money with this latest jab at the poor anyway. It’s just another mean-spirited expression of the Harris’ government’s contempt for losers.

Our society generates enormous wealth. There was a time, in the 19th century, when it was believed that there was a fixed limit to the amount of wealth any economy could generate. If wealth was diverted to the poor, that meant that someone had to give it up. Social conservatives argued that there wasn’t enough wealth to go around, and that redistribution would simply make us all poor. Socialists played this game, declaring that, whether there was enough or not, more of it ought to be taken from the rich and given to the poor.

The late 20th century has proven these arguments false. We are, in fact, generating more and more wealth, on a scale that was unimaginable in the 19th century. The problem is, as almost every significant study shows, that more and more of the wealth is ending up in the hands of fewer and fewer people. Nobody knows what someone with ten million dollars needs another ten million for. What can you buy with twenty million that you can’t buy with ten? Isn’t this called greed? Then why does our society heap admiration and honors on people like Conrad Black and Bill Gates and Michael Jordan? And why do we heap contempt upon young mothers with children who live in brutal conditions off a tiny, tiny, tiny piece of pie? Are we that heartless?

With budget surpluses looming, a surprisingly large percentage of the voting population favours increases in government spending on social programs, education, and health care. Perhaps this is the beginning of a reversal of a twenty year trend that has seen a growing disparity between the haves and the have-nots.

Charlton Heston, who played Moses in Cecil B. DeMille’s pompous and boring “10 Commandments” has just been elected President of the National Rifle Association.

Charlton Heston claims he was a liberal back in the 1950’s and early 60’s. He was in favor of the civil rights movement. Then it all got out of hand he became an arch-conservative. The NRA hopes the luster of Moses will revive the somewhat sagging fortunes of the NRA, which has lost more than 500,000 members in the past two years.

The NRA only has about 2.5 million members, yet they virtually dictate U.S. policy in regard to gun regulation, because they have the big bucks.  The general population has no regard for the NRA but– here’s the key– Republican Primary voters do.  Once you win the primary, you tone down your virulent pro-death views and act as if you’re a moderate.

The NRA fought tooth and nail against Clinton’s efforts to ban the importation of assault rifles.

John Sayles recently produced a brilliant movie (“Men with Guns”) that dramatizes better than almost any other what the meaning of a gun is. If Jesus were here today, I think he would say something like “anyone who buys a gun has already committed murder in his heart”.

That said, I am not totally unsympathetic to those who buy a hand-gun out of fear and keep it next to the bed. The truth is, American’s have made their bed: they have made guns readily available to everyone. They have created a sick, ultra-competitive, violent society, and now they have to deal with it. American culture constantly hammers home the message that if you are poor or unemployed or on welfare, you are a valueless parasite and a worthless human being. I sometimes think they will never solve the gun problem– it’s too late.

But the politicization of gun control can be changed.

A few years ago, a man came home to his house, heard a noise in a closet, flung the door open and shot whoever was in there. It turned out to be his own daughter, who died in his arms.

Well, hey, anybody can make a mistake. What bothers me about this case, however, is the fact that the man was never even charged with careless use of a firearm. Similarly, a Japanese student was shot to death when he walked up someone’s driveway to ask for directions to a party. You could, maybe, argue that it wasn’t quite the same thing as first degree murder, but the killer was not even charged with negligence. What if he had run him over instead, while drunk or drugged? Do people actually believe that such negligence is more criminal than firing a handgun at a stranger walking up your driveway before you have the slightest idea of what he wants?

The most offensive irony of all this is the large number of fundamentalist Christians who support these insane gun laws and yet call themselves “pro-life”.

“Moses” should take a few tablets himself and start rereading his scriptures. Or did I miss the verses where Jesus tells his disciples to travel light, preach the good news to the poor, and pack a .45.

The satirical Arrogant Worms had it right:

The sad part is that some people would take those lyrics seriously.