Some opponents of our permissive abortion laws like to point to “activist” judges who read “new” rights into the constitution, and thereby helped cause the moral decline of America.

I just realized that one problem with this argument is that abortion was not illegal in 1776. It wasn’t. Britain passed some of first anti-abortion laws in 1803, and the U.S. followed, but abortion was a widespread practice of midwives and doctors until the late 19th century, when, as part of a backlash against suffrage, and partly as a humanitarian movement, it was steadily restricted.

Let’s hold the word “widespread” with caution: nobody can know with certainty just how common the practice was.  But we do know the other thing: it was not in any criminal code anywhere until after the Constitution was written.

So if a nominee to the Supreme Court was determined to divest the court of rulings that were not faithful to the vision of constitutional government held by the founding fathers, he might just come to the conclusion that, as in 1776, the state has no business intruding into women’s bodies.

[added May 2008] I suppose Mr. Alito or Mr. Roberts or– God help us– Clarence Thomas– might respond that advances in science and medicine since 1776 have enlarged our understanding of life inside the womb and so on, and therefore justifies a more restrictive ruling on the issue. Well, well, well– isn’t that exactly the argument of those non strict contructionalist judges who believe the Constitution is a living document that needs to be understood in the light of history and science. Maybe, given today’s realities, the 2nd amendment doesn’t make any sense any more.

And maybe now I understand why the Supreme Court hasn’t done anything to stop the use of torture by the U.S. government: in 1776, Trial by Ordeal was not so far removed from normal judicial practice.

The argument here stands in need of clarification and refinement.  The Supreme Court in Roe vs Wade ruled that no state may infringe upon a right of “privacy” that it held was implicit in the Constitution.  In 2022, the Supreme Court seems ready to say it was incorrect about that: there is no implicit right to privacy.  That’s the actual Constitutional issue.   It’s just clear that many evangelical Christians are under the mistaken belief that abortion was not legal in “the good old days”, before the nation was swept by a tide of immorality and sensualism, drug use, long-haired hippies, and Al Gore.

And again, a conviction for terrorist activities, without any terror or activities.

Ahmed Omar Abu Ali was arrested for thought crimes in Saudi Arabia. We know what he was thinking– they tortured him to find out. Then they sent him to the U.S. where a federal court jury failed to stand up and shout, “screw you, George Bush, we still have some respect for freedom and the constitution here!”.

Nah, they didn’t. They said, by golly, only a guilty man would confess to terrorist activities while being tortured by the Saudis! Lock him up!

The FBI participated in the inquisition in Saudi Arabia– which is strange, because the FBI is responsible for domestic law enforcement. But what the hell– nowadays any government official seems entitled to go around the world and torture people, with the help of the Loyal Bush Clan, the Saudis.

Who you gonna call?  The FBI? 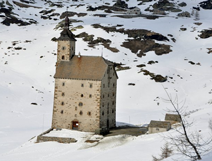 Amount we will spend trying to prevent another 9/11: hard to say how much when you add in all the new weapons systems, all the health care costs for veterans, replacement costs for weapons used, etc., etc., etc., etc.: — certainly over $2 trillion. Afghanistan alone is approaching $1 trillion dollars, for which we will have the gratifying experience of seeing it swirl down a sinkhole a few short years after we inevitably leave.