I have no doubt that if the oil industry succeeds in wheedling another chunk of Alaskan wilderness from the government to drill and develop and exploit, that they will solemnly insist to everyone that they, more than we could ever imagine, are passionate about preserving some other part of Alaska’s remaining pristine wilderness for generations to come. And then, once they have sucked up all the oil they can, their pimps in the Alaskan state government will once again whine and whimper that it is so unreasonable to insist that this other pristine wilderness area be preserved.

There is no end of parts of the world that have been despoiled by the energy or lumber or mining industry, but there are precious few parts that remain pristine wilderness. And they will come after those parts, relentlessly, hurling millions dollars at politicians, begging and pleading, and lying through their teeth: we care about the environment.

If conservatives think liberals are fools for thinking that poor people can be improved with education or opportunities, or that negotiations can lead to peace, or that some black youths are not out to kill police officers, then liberals have a right to think conservatives are absolutely idiotic to think any energy company has the slightest interest in preserving the environment. Industries are driven by profit: they have no conscience. Their PR flacks will say and promise anything to increase profits. Money doesn’t weep: actors do, and the top executives of these corporations are primarily actors.

If you believe them, you seriously have to answer the question, why, do you think, they would keep those promises? What possible incentive do they have? Once they have fully exploited the mineral or energy resources of a given area, they can retire with untold riches. There are no real consequences for a corporation: they can pay any modest fines out of future profits– someone else’s problem.

It’s not like perjury. Standing in front of a TV camera and mellifluously praising the mountains and meadows and creatures of some distant land promising that never, in a million years, would you do anything to harm them, cost nothing. There are no consequences for lying.

In 1994 Verizon promised to lay fibre optic cable to every house in Pennsylvania in exchange for over $2 billion in tax breaks.

Were they laughing even then? 20 years later, they have done nothing to deliver on that promise. Refund the taxpayer’s money? Are you mad? Recall the politicians who made that deal? Can you even remember that they made that deal? Do you care that they sold you down the river? Not enough, apparently, to not re-elect them.

Verizon learned what the oil companies already know: they have immunity. They all know whose side the politicians are really on.

The New York Times reports on a woman named Kim Little who had a tiny thread-like spot on her cheek and asked her doctor to check it out. The doctor thought it was harmless but an assistant at her dermatologist’s office thought it might be cancerous. She had a biopsy done: it was indeed cancerous, but it was the kind of cancer that is easily, routinely treated, with complete success. Except that she fell into the hands of the AMERICAN MEDICAL SYSTEM, which seizes those who with insurance or money or assets with stereoscopic stainless steel talons and bleeds them drier than Dick Cheney’s heart.

She went in for treatment. The spot was removed! Success! Except that it wasn’t. All that was required was the removal of the spot and a few stitches. Local anesthesia. And then her grandmother could have stitched her up. Ms. Little told her doctor that she was not concerned about a scar. Tough luck. The doctor who removed the spot refused to do the stitches, and sent her over to a specialist in a different building in the same complex. The specialist ordered nurses to prepare the patient to be bled dry: she was undressed and put in a bed and given an IV bag, which undoubtedly cost $600 or so. And anesthesiologist put her under, for $1,000. The plastic surgeon robbed her of $14,000 but left a scar anyway. The hospital fanged her for $8,774.

Now, a vet could very well have performed the entire procedure almost as well– if not better– for a hundred bucks or so. Wait a minute– that’s silly. Really, it should have cost about $50, given the effort and skill required. All right– $75. We’re talking about two or three stitches here by a patient who made it clear she was not concerned about a possible scar.

You’re thinking: you would trust a vet with cancer? On a human being? Yes, I would. Not with liver cancer, or a brain tumor, but with this spot? Yes, I would. Just as I would trust the cancer drugs that cost about 1% of the cost to humans when used on an animal. Same drug. But dogs don’t carry health insurance.

It is interesting that a perfectly competent individual with appropriate training and equipment could easily have performed this procedure just as well as the doctor did. It is in the nature of the American health care system, however, that nobody is going to start a business that performs this service cheaper than hospitals. Nobody is going to be allowed to train in the specific skills needed without also having to be sucked into an entire program of training which has the desired collateral result: complete absorption into this profit-generating system Even a nurse or doctor who trained in the existing system could never get away with opening a practice that advertises low, low prices.

Why not? What would happen? He or she would not have any customers. The customers come from Health Care Plans, Groups, Employers, Government. They start out with connections to labs and clinics, all of whom refer to each other, and none of whom will refer a patient to a cheap, alternative clinic, if there were any. Ms. Little was undoubtedly presented with numerous forms which entrust the key monetary aspects of her treatment to a blind and unfeeling bureaucracy which then proceeds to bleed her dry and expunge any trace of real accountability from the system.

If she sued, or refused to pay, the system would turn her over to a collection agency, which is empowered by legislation to annihilate her credit rating, her assets, and, ultimately, her freedom.

How is this story different from a story about a man who takes a gun and walks into a corner store and demands money?

The difference is, that institutional medicine in the United States has developed very sophisticated and culturally rich methods of kicking you in the teeth with documents and forms instead of a gun or a crowbar. The attitude is exactly the same. The greed is the same. The ruthlessness is the same.

Well– wait a minute. I don’t think it is. I think a robber with a gun might actually care if you die during the robbery because he would receive a stiffer sentence if caught.

The doctor and the hospital do not care. They will get paid regardless. 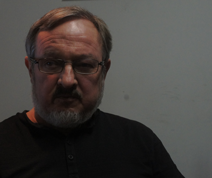