As if the story of the Russian Revolution and the end of the Romanov dynasty was not strange enough, we have the endlessly fascinating story of Anna Anderson who claimed to be Anastasia, and succeeded in convincing a number or relatives and acquaintances of the Romanov’s that she was the real thing. 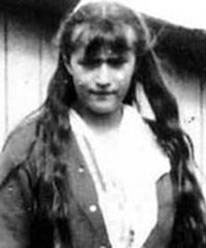 Anna Anderson was found attempting suicide in a river in Berlin in 1920 and taken to a hospital. Two years later, one of the other patients, Clara Peuthert , after seeing pictures of the Grand Duchess in a magazine, identified her as the Grand Duchess Tatiana, one of Anastasia’s older sisters.

A former member of the royal court circle, Baroness Buxhoeveden, came to the hospital to see for herself; she immediately called her a fraud: she was too short to be Tatiana. 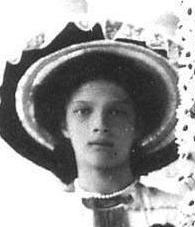 Anna Anderson subsequently identified herself as Anastasia instead. On the right are the pictures: Anastasia, then Tatiana, then…. a polish peasant girl who had gone missing about the same time Anna Anderson was found in the river, Franziska Schanzkowska. And then, Anna Anderson. 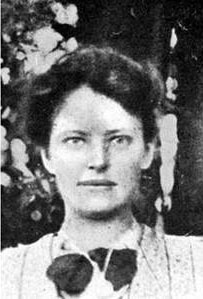 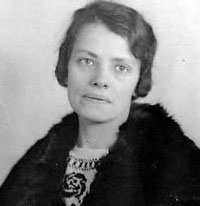 So why did anyone ever seriously consider her claim to be Anastasia? Apparently some Russian émigrés had designs on the rumoured millions in gold Nicholas had supposedly shipped overseas to fund a government in exile. When they heard about Anna Anderson’s claims, they saw a route by which to lodge legal claims against the estate of the Romanovs.

As it turns out, DNA testing eventually proved that Anna Anderson was, almost certainly, Franziska Schanzkowska. In retrospect, it is hard to even accept that she was merely deranged. If she was not Anastasia, she had to have worked on the job of impersonating her, especially when she had been put to the test so many times. She had to have had help– most likely Gleb Botkin, the son of the the Romanov’s family doctor, who also died at the hands of the Communists.

That doesn’t explain how she was able to fool so many people for so long. How she apparently acquired the ability to speak English and French. Or why she appeared to be three inches shorter than Franziska’s claimed height.

Does it need to be explained that so many people were taken in by her even though she couldn’t speak a word of Russian? But then, some supporters came to believe that she could at least understand Russian, and speak a few words of it. But then again…. the Romanovs, apparently, preferred English.

It is duly noted that Anna Anderson’s height and shoe-size did not correspond exactly to Franziska Schanzkowska’s, and that she showed many scars and injuries that Franziska, it is a alleged, did not have at the time she disappeared. I don’t find this evidence as compelling as the DNA evidence, but it has given ammunition to a small number of determined supporters to continue insisting that Anna Anderson really was Anastasia.

It’s a very strange story. If Anderson definitely resembled Franziska and Franziska bore an uncanny resemblance to Tatiana and Tatiana is Anastasia’s sister–

By the way, the movie, with Ingrid Bergman and Yul Brynner, is lame. But you can see why they tried: there is a brilliant movie in there somewhere.

Incidentally, I am intrigued by the number of contemporary writers, sympathetic to the Royal Family, who enjoy enumerating the vast list of atrocities some editorialists had ascribed to Rasputin, as if the obvious exaggeration meant he really wasn’t all that bad of a guy. Why? Because he only seduced a hundred women instead of a thousand? Because he was a lunatic but not a madman? Because he practiced extortion but not mass murder? The same applies to Nicholas II and Alexandra: the fact that they were not the monsters the Bolsheviks made them out to be doesn’t mean they were not appallingly bad leaders who, convinced they had been appointed by God, blindly and stubbornly led their own nation to ruin. Had Nicholas instituted a few reasonable, modest reforms at the right time, there would have been no Russian Revolution, and history would have been kinder to millions of people.

If you insist on believing that Anna Anderson might well have been the Grand-duchess… read this.

Interesting Trivia: the grand duchesses slept on the same metal cots wherever they traveled. They were folded up and taken with. Give me the simple life…. Interesting Trivia #2: the Romanov family mostly spoke English in the house, not Russian.

What is the matter with people?

No– the Christmas tree doesn’t necessarily mean the judge is biased in favor of your neighbor. It just means that the people who work in the court house belong to the same social-political-cultural club as your neighbor.

Considering the very, very, very marginal benefit of having a Christmas tree in a courthouse lobby versus the effect of affirming to some minorities that they might be up against a social club with shared symbols and values, of which the judge is a member… no contest. Courtrooms should stay absolutely clear of any symbols of cultural or religious values. Courtroom staffs should bend over backwards to make it as clear as possible to everyone who enters the building that justice as done in Ontario is objective, unbiased, and fair.

So what is the matter with people? This is what most reasonable, educated people have believed for years and years. Suddenly, I hear even the CBC radio staff getting into a huff about it. What’s so bad about having a Christmas tree in a court house?

Folks, this is the kind of position that usually belongs to Don Cherry, not Andy Berry! What’s good about it? We are inundated with Christmas songs, Christmas decorations, Christmas sales, Christmas specials, Christmas credit, Christmas movies… why on earth would anyone feel persecuted because they couldn’t have a Christmas tree in a public building?

Because it’s not about the tree or the public building. It’s about telling people who are different from us to go “home”. Home is Scarborough.

I haven’t seen it yet, but I look forward to checking out Will Ferrell’s new film, “Stranger Than Fiction”. New York Times, Roger Ebert, and the Village Voice all seem to like it. Ebert almost gives it a rave, but then, he liked “Notebook”. The Village Voice is made of sterner stuff, so it’s relatively kind review got my attention.

I have a bit of dread of seeing comedians take on roles that they seem to think will establish them as “actors”. There’s a lot of ridiculously inane perception involved. Take a clown. Take away the big red nose. Have him recite poetry. The audience gasps. Art.

It’s like watching a famously great pianist perform. You watch the performance and think, what makes her great? It’s rhythm, right? It’s her feeling for the piece, her interpretation. It’s the way she takes you through a 20 minute sequence of notes and chords and makes it an experience that raises your consciousness.

But the audience is there to see the famous pianist. They will not be disappointed because everybody– the pianist, the conductor, the orchestra– they all know that the audience will not accept the greatness of the pianist unless she puts on a show of bombast and pyrotechnics and spectacular displays of speed and noise. Speed and noise. Most of the audience will never know if any two notes played in sequence are performed beautifully– but it knows that rapid arm movements up and down the keyboard signal virtuosity, and the rest is filled in by the critics, the filters, who ensure that no fakes get through. It would take an utterly remarkable artist to have the guts to come out and perform perfectly, beautifully, a delicate, quiet little song.

There is a bit of a paradox in the fact that comedians like Robin Williams and Jim Carrey feel a need to reign in the flamboyance in some roles in order to convey what they think will be perceived to be a more subtle, rich, and evocative performance. So a comedian who becomes well known for his outrageous, spontaneous, voracious absorption of popular kitsch– imitations, exaggeration, hype– seeks respect by annihilating his own personae. Robin Williams did this so successfully in “One Hour Photo” that he became a crashing bore. It appeared to me that he had confused restraint with subtlety. But there was nothing there in the end.

Helen Mirren’s performance in “The Queen” is exemplary of how it should be done. Never showy or ostentatious, but clearly defined, nuanced, and rich. She never seemed afraid to let you watch her think, or contemplate, or to watch her interact reasonably with others. There was no need for histrionics or flamboyance. She said everything with the way she twirled her pencil or stared up the woods on her Balmoral Estate.

The greatest rock album ever: maybe John Wesley Harding by Bob Dylan. But no one will ever notice it, because all the session musicians, Kenneth Buttrey and Charles McCoy, did, was accompany Dylan perfectly. No show. No ostentation. No schtick.