The story of “Sybil”, the woman with 16 different “personalities”,  is a myth, pure and simple.

(NPR on one of the books that has debunked it.)

First of all, you do need to know what in no other developed country is the concept of a “multiple-personality” widely accepted.    Only in America, and only in a certain part of America.

As is well known, Sybil herself acknowledge the hoax in a letter to Schreiber:

She got the very, very strong impression when she went in and brought this letter of recantation to Dr. Wilbur that if she didn’t go with the program she was not going to have Dr. Wilbur anymore,” Nathan says. “Dr. Wilbur was giving her 14 to 18 hours of therapy a week. Dr. Wilbur was coming to her house and eating with her, giving her clothes, paying her rent … so, how could you give up Dr. Wilbur? 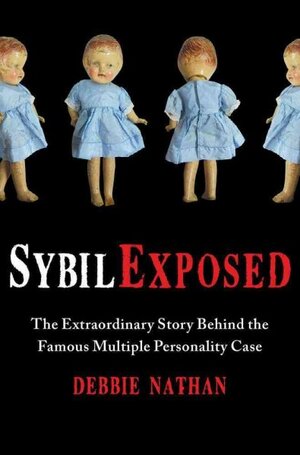 Is this really difficult to see?  Look at the culture around MPD?  Look at who revels in it, thrives in the lurid stories attached to it?

Or look at hypnotism:

HS: Yes. She was very hypnotizable, what I call a “grade five.” On a zero to five scale we can classify most levels of hypnotizability. The top group—the hypnotic virtuosos—are about 5 percent of the population and they show extra phenomena that we don’t ordinarily see even in good hypnotic subjects. For example, they have the ability to regress in time and they will report past experiences in the present tense. It is as if they “ablate,” or remove from memory, the period of time from, say, their fourth birthday to the present time, and you have an expression of what was there up until the age of four. For most people, to get them to a fixed point in time, we use something that has an affect potential. You can’t just say, “I want you to go back to January 14, 1916″—that doesn’t mean anything. You will say to the subject: “You are getting younger and younger. You are now nineteen, eighteen, seventeen years old, twelve years old, seven years old,” and then: “This is your fourth birthday.”  NY Review of Books

If this impresses you, I have some bitcoin I want to sell.

Let’s put it this way: if you want to accept what Dr. Spiegel says about hypnotism at face value, it would be possible, for example, to go back in time to when you lost your keys and discover where you lost them.  In fairness, I believe Dr. Spiegel implies that this is not possible.

It is not possible, unfortunately, and neither is it possible to go back in memory to “a fixed point of time” (see Dr. Spiegel covering his tracks?).  You are always only going back to a memory you already have, or one that you have constructed, if you are suggestible, and I would suggest that the best patients for hypnosis– or any kind of psychiatry– are very suggestible.

That said, even Dr. Spiegel didn’t buy Sybil’s multiple personalities and he made clear why Dr. Wilbur and Schreiber did (and why they stopped speaking to him):

Schreiber then got in a huff. She was sitting right in that chair there, and she said, “But if we don’t call it a multiple personality, we don’t have a book! The publishers want it to be that, otherwise it won’t sell!”

Exactly.  The publishers knew what gets you on Phil Donahue and 20/20 and maybe even 60 Minutes, and they knew that that is what sells books and makes movies.